Last weekend, I decided to do something truly spontaneous! 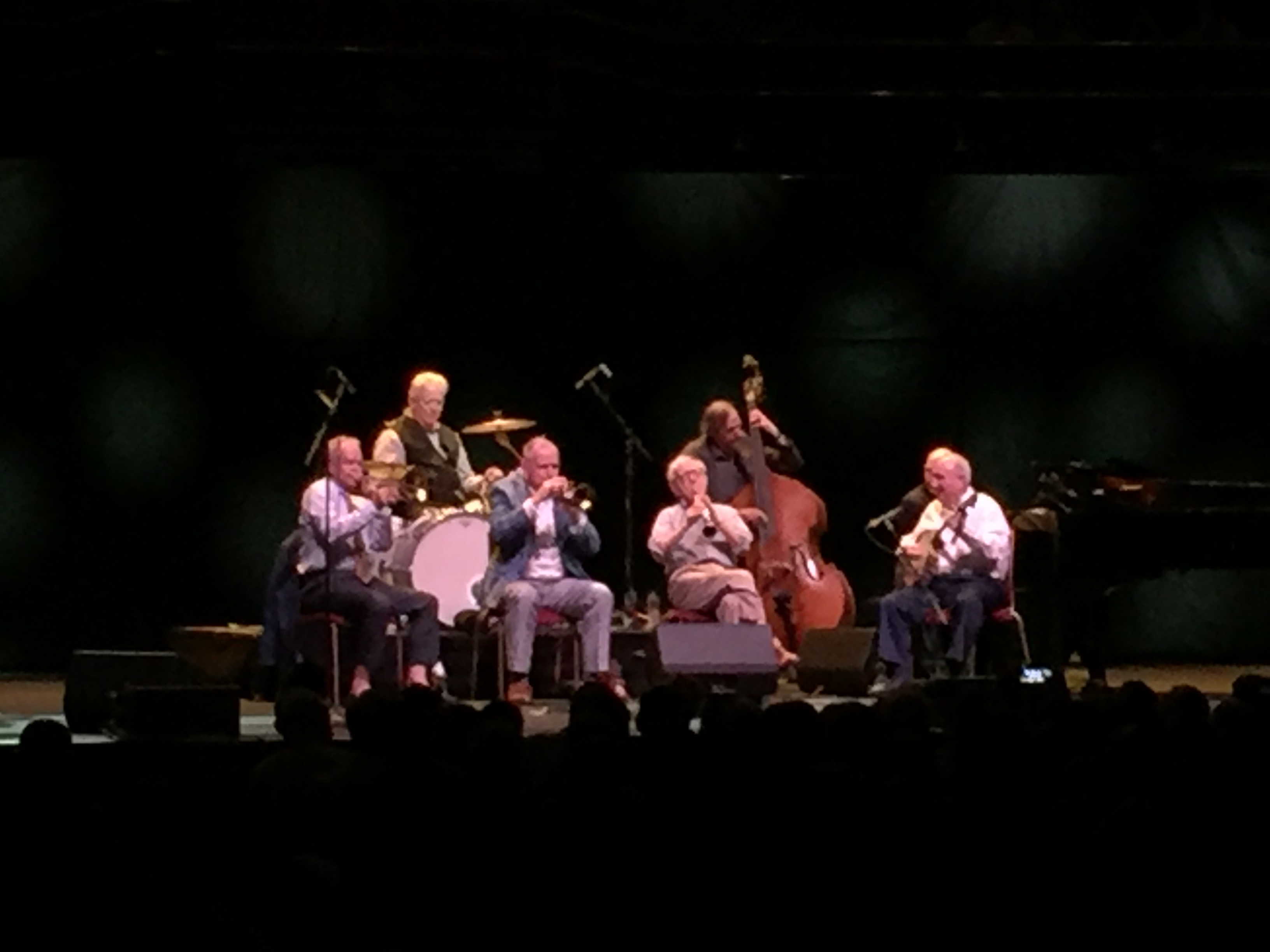 Last Friday night, I was reading the Evening Standard newspaper and saw that Woody Allen was performing at the Royal Albert Hall with his New Orleans Jazz Band on the following Sunday. Two days later. For the first time ever, and for one night only, he would be on stage doing what he has done for over thirty years – and I had an opportunity to go and see him!

I asked my twenty-five-year-old son and jazz fanatic if he wanted to accompany me. His response was yes. A very enthusiastic yes! And immediately bought a couple of tickets online. We agreed it was definitely a once-in-a-lifetime experience. Woody Allen has made some great films over the decades and I considered myself to be very lucky to be seeing him perform in person.

Sunday was an extremely hot day! The concert was in the late afternoon. The perfect time to listen to jazz. On that very hot Sunday the tubes weren’t running a full service and we had to make three changes on the Underground to get to our destination. But it didn’t matter at all. We arrived, collected our tickets and took our seats. The Royal Albert Hall is stunning. Our seats were fantastic. Well picked by my son I would like to add! We were very close and could see almost every detail of each band member’s face. Their expressions were wonderful. They performed for almost two hours with only a twenty-minute break. I hope to have that much energy when I reach that age!

The musicians have been playing together for over thirty-five years. Woody (if I may be so bold as to call him by his first name) explained how as friends they used to just meet up and play music. This apparently was until someone told them they should try and perform publicly. They hadn’t thought that anyone would enjoy their playing! And now? Now when not performing at their weekly New York venue they travel the world together and entertain jazz lovers around the world. How unbelievably cool is that?

It’s at times like this that I love being a Londoner! It’s wonderful to be able to do something on a whim.  We didn’t plan on going to the concert. We didn’t even know that it was happening. And yet this is a concert that I shall remember forever. The last time that Woody Allen played a jazz concert in London was twenty years ago. For me this was truly a historical moment, enjoying an evening with Woody Allen, his friends and my son.